I was born during World War 2, when unchecked bullying produced two psychotic mass murderers, Hitler and Stalin, who slaughtered 50 million people. They were empowered by compliant, obedient citizens who invested their own life-force in the bullies; pleading “I was only following orders”. Later in life I met a psychologist, Dr John Bieshon, who dealt with bullying at work. He brought the bullies, the victims, their 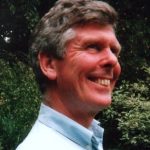 colleagues and managers together and to their senses. He accentuated the positive to eliminate the negative to make the organisation and the world a better place. Those were adults, whose psyches were formed and fixed. Karen’s important book shines bold, bright clear light into the dark corners where bullying and fearful compliance take root and grow, in families, nurseries, schools, recreations and relationships. And she guides us on how to intelligently confront the syndrome as early as possible, to counter it and liberate all the players to enjoy their lives. Karen’s greatest gift to her readers is her exemplary courage in revealing her own battles and vulnerabilities. This is not a Do As I Say – but a creative Do As I Do book – from which we may all draw inspiration, courage, wisdom and strength.