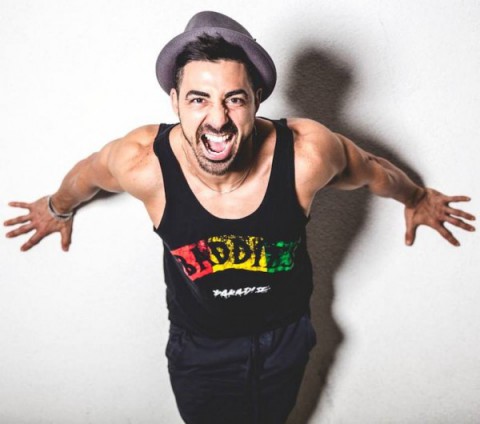 Michael Schwandt is one of the most dynamic contributors to choreography and movement in Los Angeles. His extensive body of work can be seen across the board in television, commercials, corporate industrials, music videos and live special events, while crossing all genres of dance. As Stage Director on many projects, Michael contributes to the overall look of a project influencing style, costume, lighting, musical arrangement and set design.

Due to his his vast experience in so many genres and mediums of dance, in 2010 Michael was sought out to
help develop the format for and oversee choreography for a new dance competition show, Your Chance To Dance on CMT. As Supervising Choreographer, Michael was tasked with casting and supervising 14 on-camera choreographers, conceptualizing all 50 performances for the season while overseeing choreography, wardrobe, set and hair/makeup for each episode. Michael also caught the eye of Capitol Records music video dept., who wanted a unique way for Katy Perry to perform the forthcoming “Peacock” track from the album Teenage Dream. Michael conceptualized a fully programmable electrical light wire costume in the shape of a peacock that was originally intended for live promo performances, and was ultimately incorporated into the Teenage Dream promo tour and a televised performance of the song on CBS for David Letterman.

Michael was the first guest judge invited to be on So You Think You Can Dance Europe (Ukraine
Series) and was also a guest choreographer on the show, creating both group and duet routines for the series.

A graduate of the University of Texas Radio-TV-Film Dept, education is very important to Michael. He continues to give back to the dance community by nurturing and educating aspiring dancers via guest master classes all over the world. He was on faculty at the world-renown EDGE Performing Arts Ctr. in Hollywood for three years and is a guest faculty on the Tremaine Dance Convention and Hollywood Vibe tours where he connects with young dancers across the US, mentoring about realistic expectations in professional dance. Michael has also become a mentor and inspiring educator to thousands of dancers in Australia, having taught 8 consecutive annual workshop tours with a record 55 workshops over 21 days in 9 cities in 2012. Michael has since gone on to sponsor 7 Australian dancers for their US work visas and assisted countless others in their professional endeavors.

Find out more about Michael at www.michaelschwandt.com